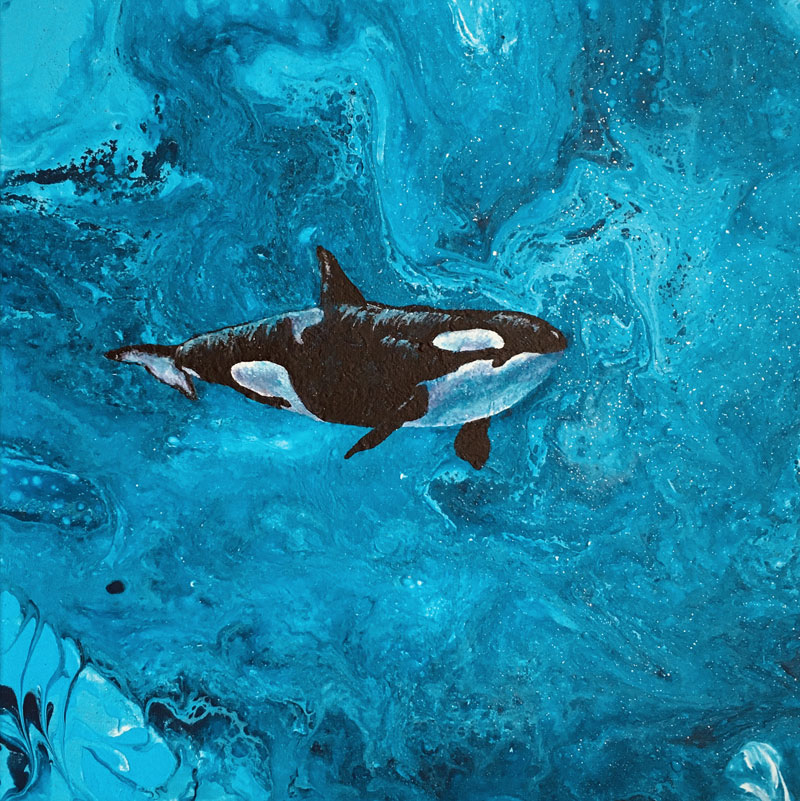 In 2005 scientists thought, polar bears have had the dubious honour of being the most toxic mammal of the Arctic, but a new study shows that killer whales have even higher levels of PCBs, pesticides and a brominated flame retardant. The appearance of a brominated flame retardant, a type of chemical found in every day articles such as computers, is particularly worrying because unlike PCBs and the most harmful pesticides, most are not currently banned.

In this painting, poured and painted, I want to show the beauty of those big animal flying through the ocean.

@gallerymay_art “Me, my other and I” - sharing

Time goes by so fast… can’t believe I painted

With my deepest condolences to her family, friends

„Böcklein“ - the little goat 💕 I made this

Polar to the north

Katharina May Chess
Scroll to top