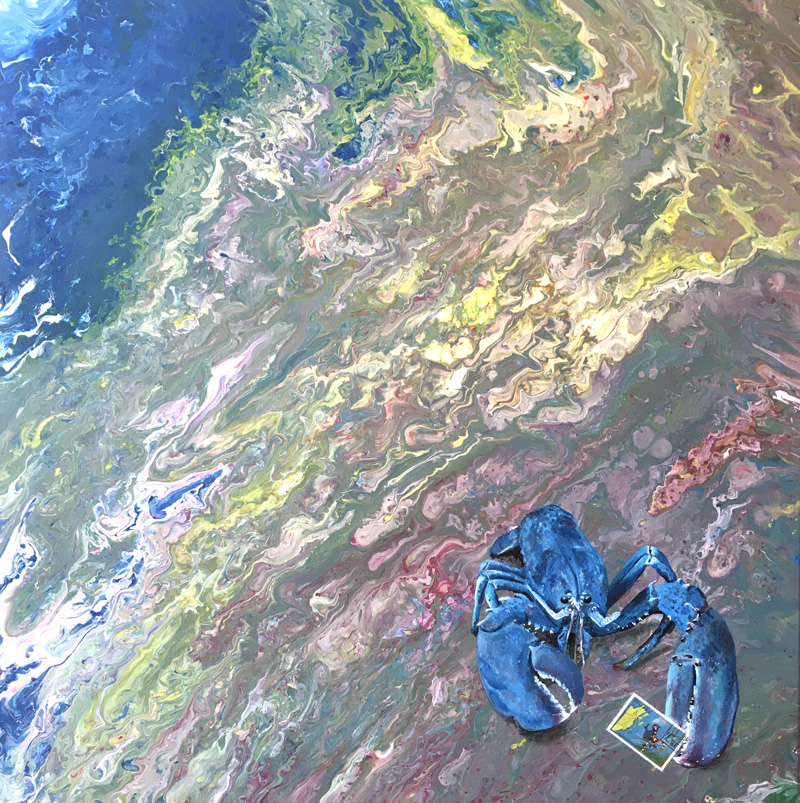 According to the University of Maine Lobster Institute, the blue lobster´s colour is caused by an abundance of a particular protein from a genetic defect. Populations of commercially important lobster species are thought to be declining, and overfishing, particularly of clawed lobsters in Europe, is taking a toll. Additionally, pollution is causing shell rot and other illnesses in normally disease-resistant species.

This lobster was painted on a poured background. To the picture added is seen a real postmark.

@gallerymay_art “Me, my other and I” - sharing

Time goes by so fast… can’t believe I painted

With my deepest condolences to her family, friends

„Böcklein“ - the little goat 💕 I made this

Katharina May Diving and Living
Scroll to top