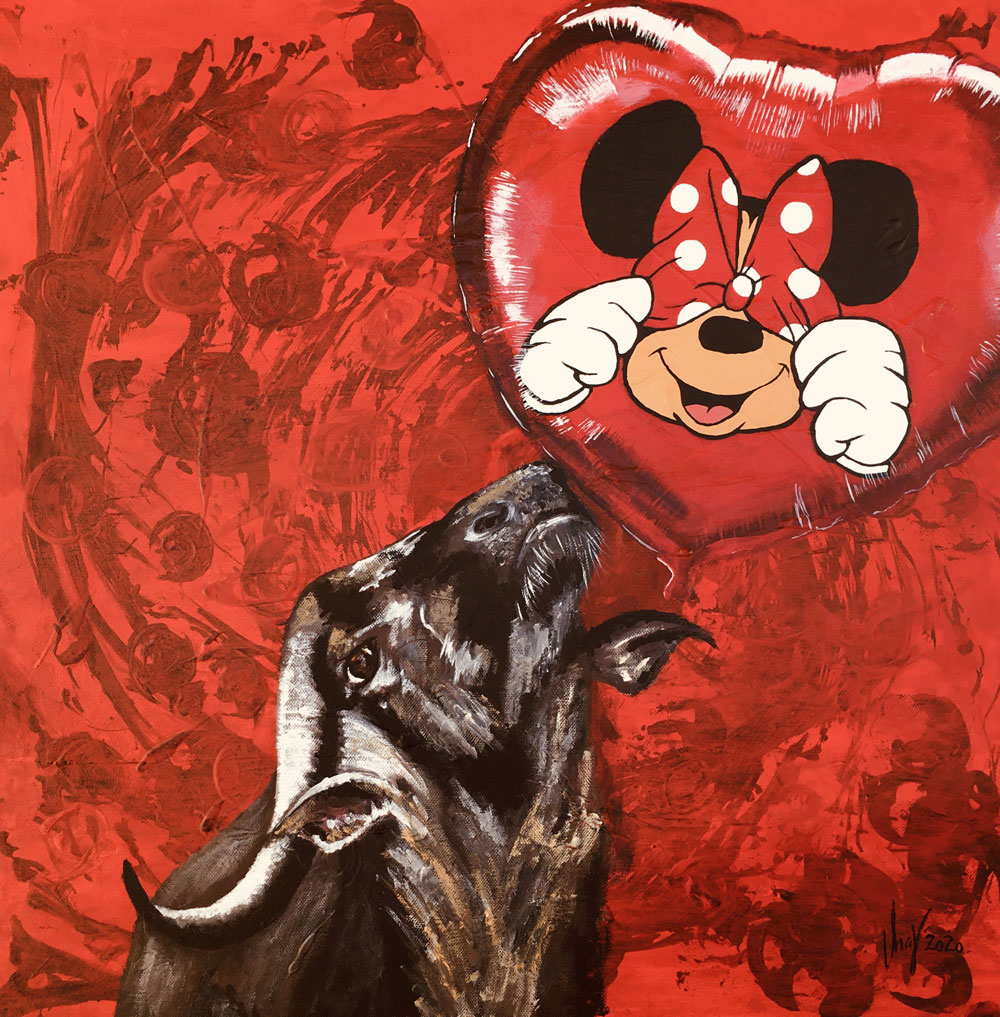 The current estimate of the remaining world population of this bovine species – the water buffalo/Bubalus arnee – is under 4.000 with less than 2.500 mature specimens. Over the past three generations there has been a population reduction of at least 50 percent. The IUCN reported a decline of 80% in the population of wild water buffaloes in central India between 1960 and 1990.

This painting became a more abstract background and golden elements in the bull.